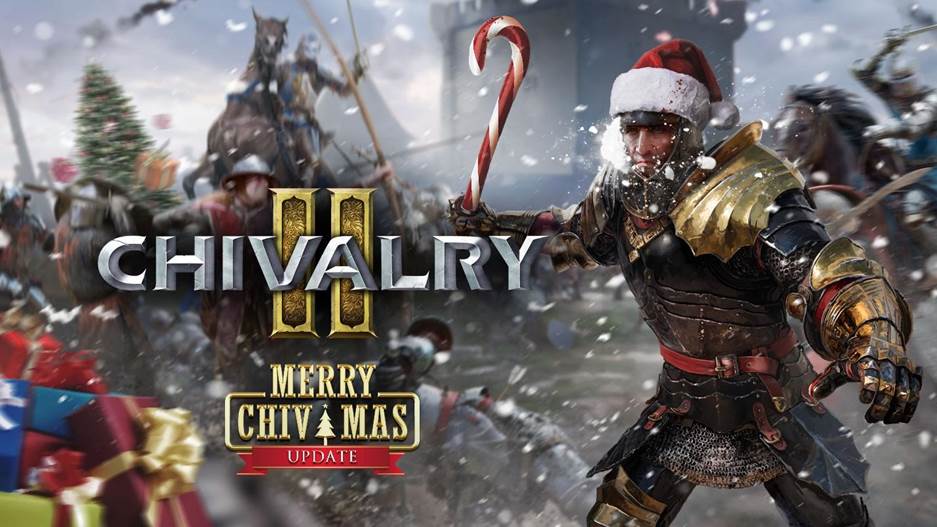 Chivalry 2: Merry Chivmas
⦁ New Brawl Mode Cathedral Map: Leave your weapons at the door for Brawl Mode, a rowdy weapons-free mode that finds players fighting with fists and found objects scattered throughout the map. Following its debut with the Fight Knight update, the Brawl Mode receives a new Cathedral map, joining The Great Hall and Rudhelm Feast.
⦁ Holiday Decorations: Experience a winter wonderland of holiday themed maps complete with Chivmas trees, decorations and presents, including snowmen, snow forts, and even medieval sleighs that work as weapons.
⦁ Presents with a Punch: Presents spread throughout the maps in the Chivalry 2: Merry Chivmas update aren’t just cosmetic, they’re also useable as weapons. So, share the love by sleighing foes with a gift-wrapped present to the face! Dangerous holiday-themed presents include:
⦁ Snowballs for snowball fights
⦁ Gift wrapped anvil
⦁ Throwable ornaments
⦁ Chivmas Elves
⦁ Wooden toys
⦁ Yule Log
⦁ Stationary Snowman with removable head and limbs
⦁ Special Holiday Helmets:
⦁ Snowman – Decapitate Frosty and wear his head as your own
⦁ Reindeer Helmet – Celebrate the Yuletide with this stylish wicker headpiece
⦁ Santa Hat – Ho ho ho-ld the line in this festive holiday hat
⦁ New Warbow Weapon: This variation of the Longbow deals more damage at the expense of decreased mobility due to its weight.
⦁ 40+ New Armoury Items: Whether your weapon of choice is a two-handed Claymore or a Morningstar mace, there are over 40 new Armoury items

Chivalry 2 is a multiplayer first-person slasher inspired by epic medieval movie battles. Players are thrust into the action of every iconic moment of the era from clashing swords and storms of flaming arrows to sprawling castle sieges, and more. Dominate massive battlefields while catapults tear the earth apart as players lay siege to castles, set fire to villages, and slaughter filthy peasants in the return of Team Objective maps.

Improving on the original genre-defining Chivalry: Medieval Warfare in every way, Chivalry 2 invites players to master the blade with an all-new and improved combat system that combines real-time strikes and a free-flowing combo system to speed up the action and let players become a whirlwind of steel on the battlefield. Created with the ability to fight multiple foes in mind, Chivalry 2’s combat mixes the best of both FPS and fighting game genres for an unmatched melee experience.

To stay up to date on the latest Chivalry 2 news, please sign up for the newsletter on the official website, follow Tripwire Presents, join the official Chivalry 2 Discord server, and follow the developers on Twitter, Facebook, and YouTube.
Torn Banner Studios
Torn Banner Studios is an exciting independent video game company located in Toronto, Canada. Passion and innovation are the core elements of everything that we do. We are people that truly love games and are lucky enough to be following our dreams, thanks to the incredible support from our community.

We want to go places other companies are afraid to go, because we believe great games begin with the passion of a small group of diehard fans. Those fans have the deepest understanding and appreciation for the subject they love and a vision for how it should be presented in a game. We want to breathe life into that vision and allow more people to appreciate it. We want to take on the challenging ideas that when done well create truly powerful and unique games that are remembered. You say it can’t be done? We say bring it on.

About Tripwire Interactive
Formed in 2005 as a humble independent developer and founded by gamers who found success in the video game modding community, Tripwire Interactive has developed and self-published multiple critically acclaimed titles in the wildly popular Killing Floor and Rising Storm franchises, which have collectively sold over 20 million units to date. The studio’s most recent hit release, Maneater, breaks new ground in the popular action RPG genre and finds players taking on the role of a deadly shark with the uncanny ability to evolve as it feeds.
Since then, Tripwire Interactive has expanded its business with the publishing division, Tripwire Presents, turning its experience and resources to include publishing titles spanning multiple platforms and genres from other talented independent studios. Tripwire Presents aims to help like-minded independent studios bring their titles to market, including Chivalry 2 developed by Torn Banner Studios, Espire 1: VR Operative developed by Digital Lode, and Road Redemption developed by EQ Games and Pixel Dash Studios.

About Deep Silver
Deep Silver develops and distributes interactive games for all platforms. The Deep Silver label means to captivate all gamers who have a passion for thrilling gameplay in exciting game worlds. Deep Silver works with its partners to achieve a maximum of success while maintaining the highest possible quality, always focusing on what the customer desires.

Deep Silver has published more than 200 games since 2003, including its own brands like the open world extravaganza Saints Row, the zombie action franchise Dead Island, and the grim post-apocalyptic future of the Metro series. Upcoming highlights from Deep Silver include Dead Island 2 and Saints Row V. Deep Silver also owns the development studios Deep Silver Dambuster Studios in Nottingham, UK; Deep Silver Fishlabs in Hamburg, Germany, Deep Silver Volition based in Champaign, IL, USA, and Warhorse Studios based in Prague, Czech Republic. For more information, please visit www.deepsilver.com.
Koch Media is a leading producer and distributor of digital entertainment products (software, games and films). The company’s own publishing activities, marketing and distribution extend throughout Europe, North America and Australia. The Koch Media group has more than 20 years of experience in the digital media business and has risen to become the number one publishing partner in Europe. It has also formed strategic alliances with numerous games and software publishers: Bethesda, Capcom, Codemasters, Kaspersky Labs, Konami, Koei Tecmo, Milestone, Sega, Square Enix, etc. in various European countries. With Headquarters in Höfen, Austria Koch Media owns branches in Germany, England, France, Austria, Switzerland, Italy, Spain, the Nordic regions, Benelux, Australia, Czech Republic and the United States.
All product titles, publisher names, trademarks, artwork and associated imagery are trademarks, registered trademarks and/or copyright material of the respective owners. All rights reserved.
About Iceberg Interactive
Iceberg Interactive is an independent video game publisher founded in 2009 by an international group of games industry veterans. Located in Haarlem, The Netherlands and staffed with avid gamers, Iceberg works closely with an assembly of game developers around the world, both midsize and indie.
Known for many hit franchises including Circle Empires, Starpoint Gemini and Endless Space; the company has enjoyed recent success with Multiformat titles such as Transient, Shortest Trip to Earth, The Sojourn and Railroad Corporation. Iceberg Interactive has many exciting games coming up, including Blazing Sails, Star Dynasties and Sacred Fire.
To learn more, please visit www.iceberg-games.com.

Chivalry 2 © ® 2020 Torn Banner Studios Inc. Tripwire Interactive™ and Tripwire™ are trademarks owned by Tripwire Interactive LLC. Published by Koch Media, Austria. Deep Silver® is a registered trademark of Koch Media in the USA and elsewhere.
*Note:
This trailer/video may only be displayed if it is behind an age-gate that: (1) is age-neutral (i.e., requires the user to input their date of birth or select it from a drop-down bar; (2) employs reasonable technical measures to keep underage users from re-entering their age after initially being denied access; and (3) does not display any ESRB rating information on the video player or the age-gate itself. Failure to implement these requirements may jeopardize your ability to obtain material of this nature from us in the future. 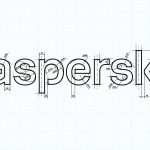 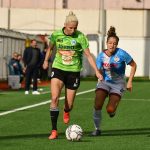 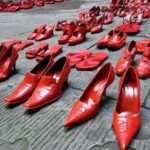 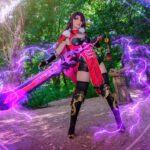 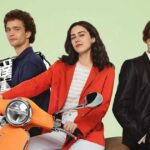 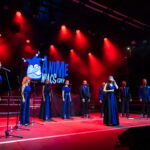 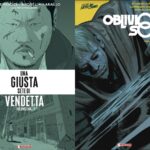 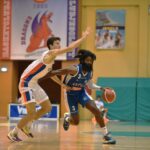 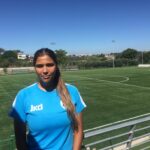 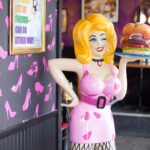 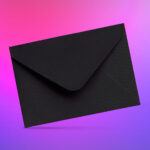 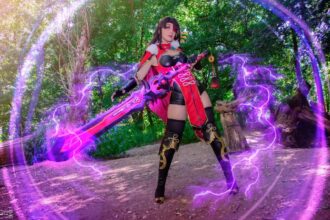 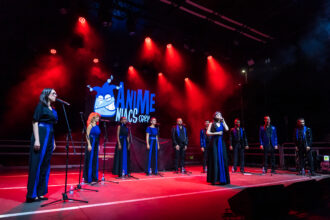 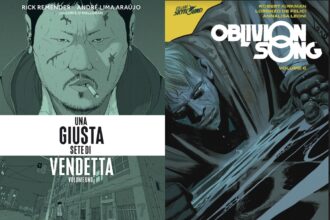 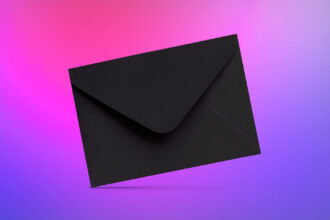